This week it was the time for the launch of the new BMW R nineT Urban G/S and showcasing the revamped BMW’s big tourer, the K 1600 GTL. During this event, those interested in acquiring one, also had the chance to try out the demo bikes. What’s an event without food though? These Centres like to give that something extra as an incentive during such events and so they did this time. Visitors also had the opportunity to join in the complementary barbeque. Riders aren’t expected to go for such events on their own so they’re surely attract their families too. 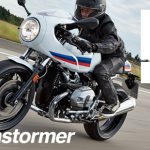 We believe there isn’t the need to introduce the new R nineT as it’s being talked about . What about the new Urban G/S one? The nineT comes in the 4 versions, the Urban G/S, Pure, Racer & Scrambler. This model was designed keeping in mind the original R 80 G/S. Such combination, old design with today’s technology / engineering are surely leaving an impact, they are so much looked for. Design and engineering isn’t the only attractive thing in these models though, cost is too. Starting at under £10K one can be a proud owner of such a magnificent machine!

Same goes for the K 1600 GTL, it surely doesn’t need any introduction. What’s new in the 2017 version then? The 160bhp straight six engine remains but, other than that, it surely does look different AND is more comfortable. Same as on the lately introduced K 1600 GT, this model comes with the new Shift Assist Pro, allowing clutchless gear change. The new revamped model comes with something we’ve been waiting for for so long, the Reverse gear! When the K 1600 GT/L was first introduced, when it took over it’s predecessor K1600LT, we were surprised to see that the reverse gear wasn’t there anymore. This was surely a must, taking into consideration the size and weight of this machine. 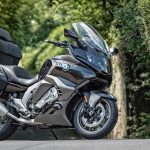 This event didn’t stop short in just showcasing the new R nineT models, the K 1600 GTL and enjoying a complementary BBQ. During this open day, at the Maidenhead Centre, one could also grab a bargain on some of the latest BMW Rider clothing equipment! Visitors had the opportunity to benefit from 25% on all stock. It was surely an opportunity not to be missed. In the meantime, those who visited Alton Centre, were able to admire Baron von Grumble’s Smokin Customs R 100.