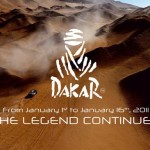 The Dakar is again round the corner and, just like every year, it will begin on the 1st of January. As one might reckon, the Dakar Rallye was, in these last 3 years, organised in South America, starting from Argentina and finishing in Peru, instead of the long known route from Europe to Africa, that is from Paris to Dakar, but. For some reason, since that year when security was of a concern, they’ve moved on to this new route and since then there has been no indication about whether it will go back to it’s original one, Paris – Dakar!

Drivers will start their race in Mar Del Plata and finish off, on the 15th of January, in Lima, a total of almost 9000km. Preparations have already began and, just like every year, we should be seeing a number of new promising drivers. The route, based on the last updates at time of posting this article, should take the drivers through the following amazing points, Santa Rosa de la Pampa, San Rafael, San Juan, Chilecito, Fiambala, Copiapo, Autofagasta, Iquique, Arica, Arequipa, Nasca & Pisco. Definitely, it’s going to be another great Dakar to be remembered by many and let’s hope there won’t be any fatalities!