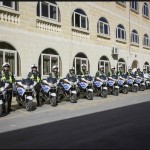 In these last couple of years we’ve seen an increase in the number of motorcycles being used as the means of transportation for the government departments! In the UK you see a good number of local police running around with either a BMW or a Honda! Malta is mainly dominated with BMW too, except for a couple of Yamaha! Italy is quite a mix. You tend to come across some with BMW, Honda, Yamaha, Ducati and even Aprilia! France? France too had a bit of BMWs & Yamaha but they have lately had a tender and ……. who do you think won it? 🙂

In October 2014, a tender for the supply of 2 wheeled vehicles for the National Police, the gendarmerie, the military, the firefighters and other government departments was won by Yamaha and MGK scooters! New scooters and motorcycles will be in circulation soon and there will be a mix of maxi scooters, trail, road roadsters and sport touring bikes running around the French cities, whose engines will be between 125 and 1300cc! 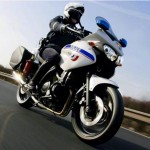 For those who do not know who MBK, MotoBéKane, are, they’re a scooter manufacturer who today have integrated with Yamaha and are benefiting from the Japanese manufacturer’s expertise and also from it’s name! Yamaha has been the leading manufacturer for the 2 wheeled vehicles in France since 1996!

After some research, it also came to light that France will be using some Peugeot scooters, namely the Metropolis 400 and the E- 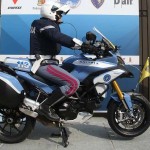 Vivacity. The majority will still be between Yamaha & MBK though! Contract is till 2016, with an estimate of around 1400 vehicles over 2 years renewable for another year!

I remember, when I was still a child, wishing to one day become a police traffic officer as to run around with one of those great motorcycle!! 😉 Well, years passed, got into my working phase but didn’t choose that ….. still kept wishing to own a great bike and today am happy to say I own 2 great bikes, 2 BMW GSs 😉 ….. and a scooter 😛

Being our article on Christmas Eve, we wish all our readers, family and friends a Merry Christmas!! May God bring light in your life!!