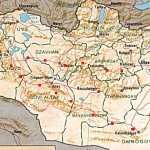 Today, I would like to talk about a special raid that is being organised in Mongolia. This raid is being organised by a biker who is doing this purely as a hobby, rather than as a business. The idea behind this is to give the chance to those who wish to experience new places and at the same time put their mind at rest knowing that there’s someone knowledgeable with them!

The first raid of 2012 should be around the end of July, with another one being organised at the beginning of August, giving the opportunity to extend this raid to 20 days. The motorbikes being used will be the French PZF 450. The terrain is expected to be 90% off-road. Bikes are powerful and light, thus can be handled easily. The idea is to enjoy these rides as much as possible and this is why a backup vehicle will be available to carry the luggages, petrol, parts, etc ……

This Raid Enduro Tour in Mongolia has already been organised in 2006, 2008 and 2011, where in 2011 the tour began from Ulaanbatar, headed to Hosvd, in Altai, and returned from the south, through Gobi. The 2012 raid will follow more the itinerary that was organised in 2008, that is heading to the far north, to the Hovsgol river. It won’t be the usual itinerary organised by normal tourist agents but will take you to remote places to experience the real Mongolia …… the idea is to experience a real RAID!! Whenever possible, accommodation will be in the official tourist camp zones, known as Gher, while the rest will be passed in tents that will have to be put up by ourselves.

Even though there’s a good idea of what the itinerary is going to be in 2012, the organisers are leaving it 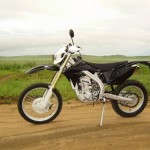 Those who have been to Mongolia can confirm that it’s a really resourceful and beautiful country, it’s definitely paradise for 4×4 lovers!

For more information and/or to book do visit the organiser’s website or send an email to acereser@libero.it. Just for statistics purposes, we would appreciate if you mention BikersCurve when you get in touch with the organiser.

Enjoy it guys and hope to find the time to join you one day too!