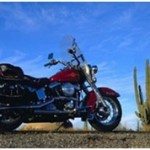 2015 is just months away and a number of the popular motorcycle tour organizers have already filled a good percentage of their 2015 Motorcycle Tours! HC Travel, of David Grist, is of no exception!

What’s good to know is that, even though their tours are almost fully booked, they’re offering a 5% discount on the below mentioned tours who confirm their participation till the 30th September!! Tours on offer are the Route 66 (for both the Original and the Long Way Down Tours), Pacific Coast Highway (All The Way), Wild West & Route 66, Wild West and Spectacular California and the Sturgis 75th Anniversary Ride!! Not only though, for those who wish to take one of their self guided tours or just rent out one of their motorcycles in the US, this 5% applies too ….. ONLY if booked till the 30th of September though!

For those who do not know much about HC Travel, they focus mainly on Harley Davidson models. Some might ask why should one books with them! Well, for a number of reason but, above all, it’s 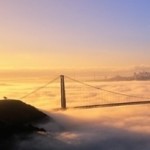 cause they guarantee the latest Harley-Davidson models for their rentals and tours! They’ve been doing America for a number of years and this makes them one of the best agency to book with for such tours with their highly experienced American guides! Groups are guaranteed not to be of more than 15 bikes, making such groups / tours more private! Interested in HC Travel’s tours but not so keen in riding a Harley? That’s fine, they do offer other makes too, including !BMW

HC Travel is one of only a dozen or so worldwide authorised Harley-Davidson tour operator! Guess you’re convinced now, right? Yeah, it pays to book with HC Travel should you’re so fond of Harley!!

For more details and/or to book, check out HC Travel‘s website!